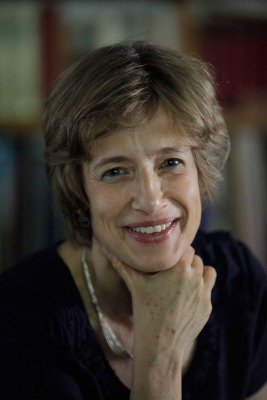 A collaboration between The Melton Centre for Jewish Education and JDOV.

Ruth HaCohen (Pinczower) – the  Artur Rubinstein Professor of Musicology – is  a musicologist and cultural theorist  at the Hebrew University of Jerusalem, where she also officiates as the Head of the School of the Arts.  She widely published on various topics related to the role music plays in various cultural, political and religious contexts and conflicts. Her work and teaching, regarded as “interdisciplinary in the strongest sense” combines methods and insights from philosophy, theology and critical theory, among other disciplines, and spreads to other art forms, including literature, painting and film. Her last book, The Music Libel Against the Jews (Yale University Press) won the Kinkeldey award for the best book published during 2011 by the American Musicological Society, and the Polonsky Prize for Creativity and Originality in the Humanistic Disciplines.  HaCohen’s original thesis, regarding the role of noise accusations as a strategy of excluding the sound of other cultures was widely acclaimed. Her work extends also to the emotional dimensions of the arts, exploring in particular how compassion and sympathy configure through sound, sight and literary texts. Most recently, she has completed, with Yaron Ezrahi, a volume on music and politics and is currently engaged in studying conflicting and complementary sonic exegesis of the Bible by Christians and Jews in modern times.